MultiZone security proposed by Hex Five for RISC-V is compared with ARM’s trustZone in my other post, Hex Five’s MultiZone Security for RISC-V.  Both MultiZone and TrustZone employ the following architecture. BM stands for bus master and BS stands for bus slave. Only Bus master can initiate a transaction on InterConnect Matrix and to a bus slave. SSAC stands for Slave Security Access Check. 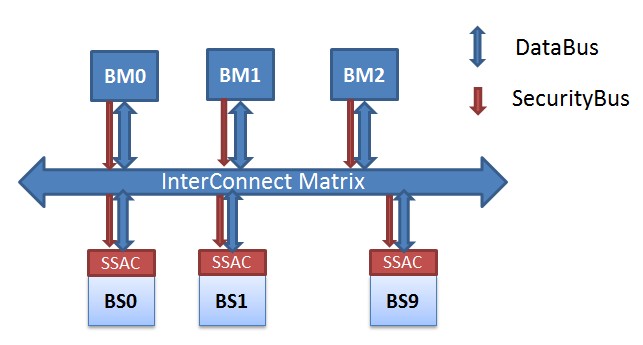 In addition, careful considerations need to be taken for

The answer to other questions can vary and depends on the particular system.

Architecture wise, place security check on bus slave side is not the only solution. Security check can be put on bus master side too. MSAC stands for Master Security Access Check. Similar to SSAC, MSAC needs to block transaction which does not pass security check. Unlike SSAC, MSAC implementation is normally address based. For example, each MSAC may define up to 16 security zones. Each security specifies starting address, zone length or ending address, security level, block write or read or both, etc. 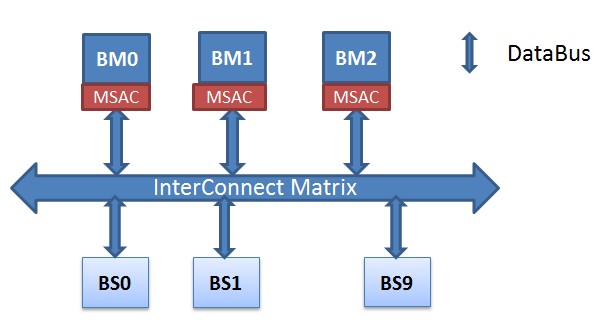 MSAC architecture can be of particular interest to an IP core. The IP core itself is considered safe initially. It can stay in safe condition as long as the external access, either from other cores on the same chip or from external chip, is safe. We can’t guarantee this external access is always safe but we can put MSAC on that access port to block unsafe access. Below diagram uses BM2 as an example. 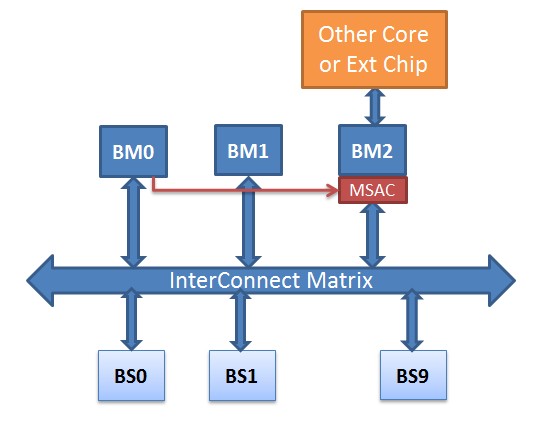 One way to implement external access MSAC is to restrict external access to only touch certain “scratch” area and IP core checks security of that access first before acting on it. Let’s use code signing as an example. 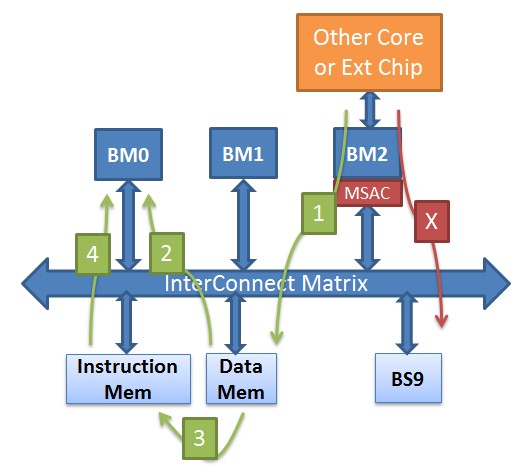