ASIC and FPGA, Cellular and Wireless, Embedded and Firmware

Put the fights between two goliaths aside, as a firmware engineer, I am curious about what the patents are about. Here the key ideas of the first two patents are briefly introduced. This is just my interpretation though. Hope it help others because reading patent is not fun, at least not to me.

US8,838,949B2, Direct scatter loading of executable software image from a primary processor to one or more secondary processor in a multi-processor system 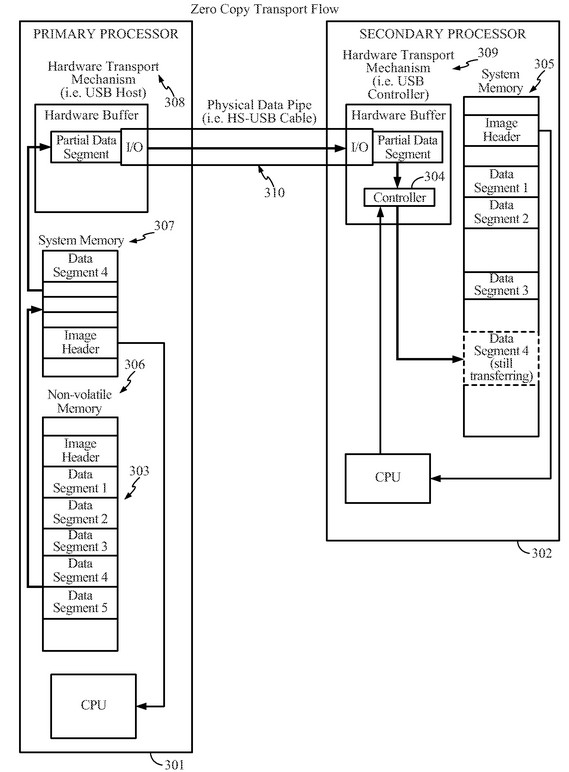 The goal is how to download fw image from non-volatile memory of pri proc to system memory of 2nd proc. 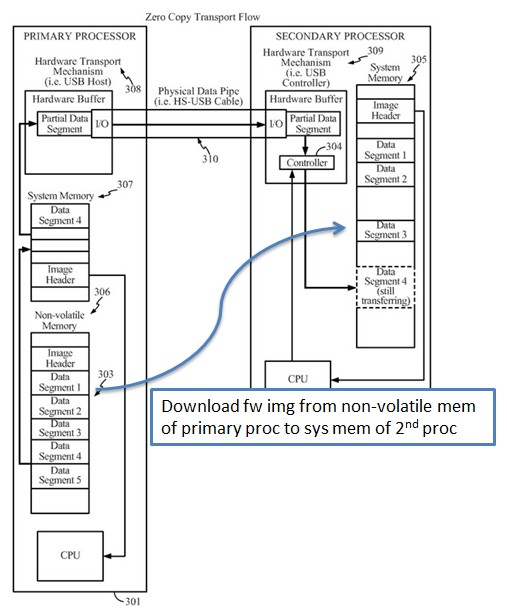 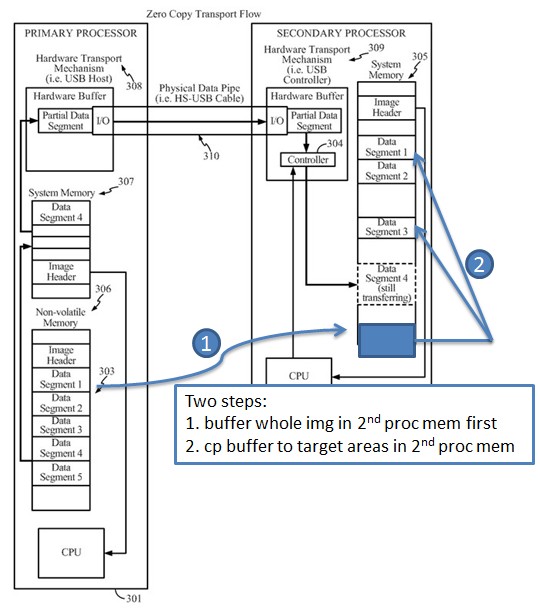 The patent provides means to remove the above mem-to-mem copy for image download. Below shows two ways proposed by the patent. Note the patent tends to cover all the small variations so the following two ways are just some typical flows to show the key idea of the patent and they are not the full coverage.

The first way is a four-step process. 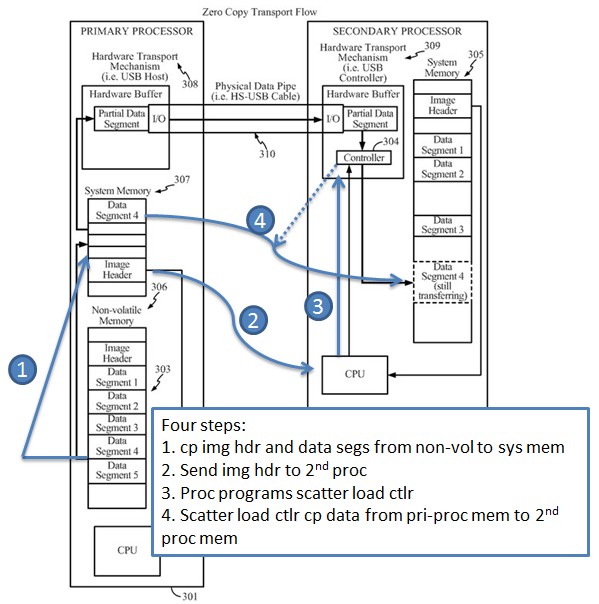 The 2nd way is also a four-step process. 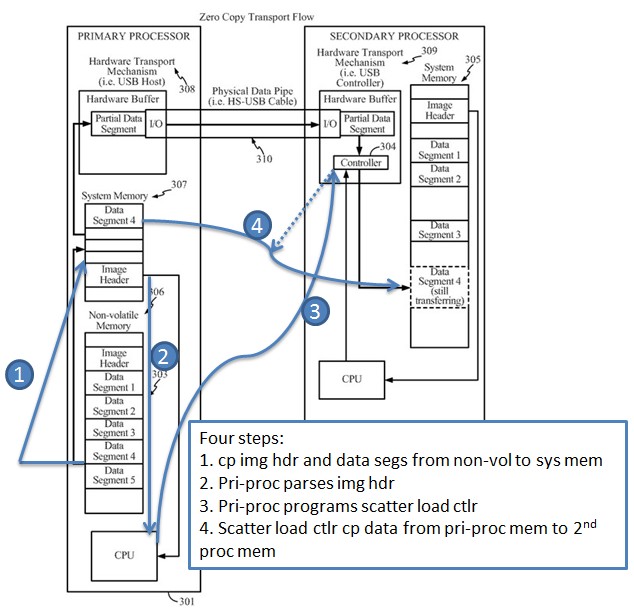 Not complicated, right? If you think this patent is simple and straightforward, wait until you see the 2nd one.

Application processor and modem processor need to exchange data. The data rate is normally high due to multimedia contents and therefore high speed link such as PCIe is normally used. The issue this patent tries to deal with is to put system in low power state as much as possible. High speed link warm up overhead can be long so high speed link is good for large volume data transfer and it is not efficient to wake up often and just transfer a small amount of data each time. Same is true on pri-processor and 2nd proc side. Each side sleep wake up time is not negligible. Each side is preferred to stay in low power state for as long as possible and not disturbed by small amount of data.

You may already figure out a solution. As far as latency is acceptable, why not each side buffers data first and only wakes up link and the processor on the other side when data reaches certain level. Well, this is pretty much what the patent is about. Only difference is instead of checking if data reaches certain level, the patent proposes to use a timer to buffer data within a period of time. When timer expires, send the data to the other side. Or when it receives data from the other side, since the link and two processors are up, also sends data to the other side. Straightforward, right? Now you understand why Qualcomm’s patents are so difficult to bypass. 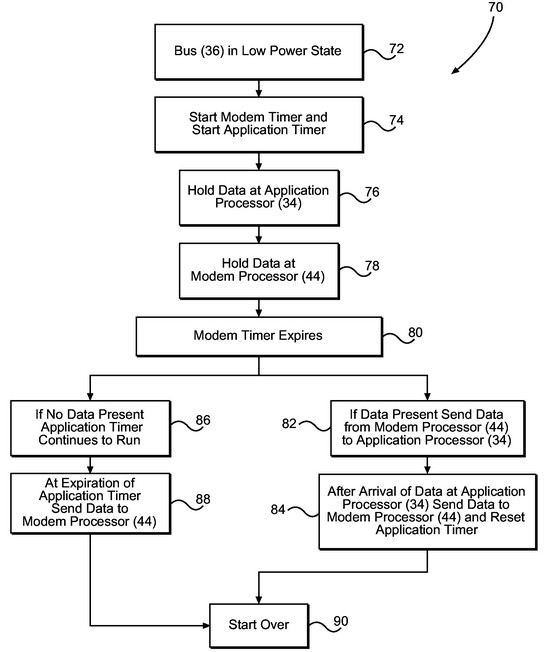 ASIC and FPGA Cellular and Wireless Embedded and Firmware