There are several good articles talking about how to specify ADC and AGC requirements:
1.How to Specify an ADC for a Digital Communications Receiver
2.AN APPROACH FOR SPECIFYING THE ADC AND AGC Requirements for UWB

Here we talk about how to specify from ACI (Adjacent Channel Interference) point of view. 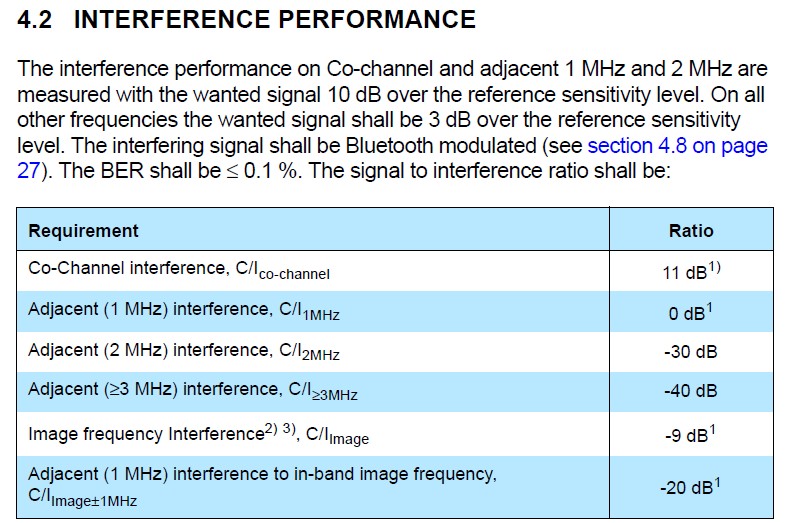 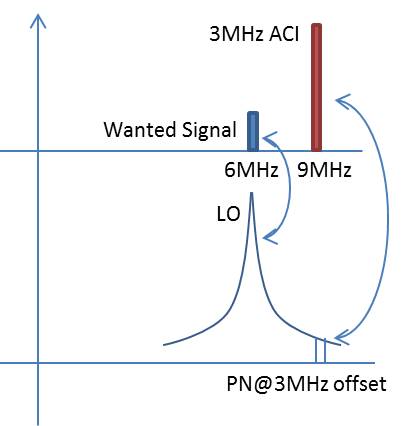 So we need to make sure ACI is weak enough to get wanted signal detected. Let’s say LO phase noise at 3MHz offset is -120dBc/Hz, signal bandwidth is 1MHz (still using Bluetooth as an example), and the required SNR to correctly detect the wanted signal is 18dB. Then the maximum interference level is
max_interference
= -PN -BW -SNR
=120 -10log10(1e6) -18dB
=42dBc

Above calculation shows the maximum interference that receiver can tolerate is 42dB higher than the wanted signal. Otherwise receiver will get less than 18dB SNR composite signal which is required to detect wanted signal with acceptable BER.

Then we can look at below diagram for ADC dynamic range analysis.