Here is how clock is handled. First uart rx and tx works at 16x oversampling – in one baud/bit, data is oversampled by 16x. It is fixed in this design but can be modified to handle the case of high baud rate and low system clock rate so 16x is not possible. Second assuming clk as system clock and clk_ovrsamp as 16x uart baud rate, we use two formula to calculate baud_freq and baud_limit as:

Then use the following baud_gen module to generate clk_ovrsamp from clk:

UART Rx. As can be seen, it is a very simple implementation. Data is assumed to be 8bit always while uart protocol supports 5-9 bits. There is no parity bit. No check on stop bit either. If stop bit is not a mart (1’b1), there is no error reported.

A simple uart top module is as below. It instantiates baud_gen, uart_tx, and uart_rx . It has a control input, loopback, to specify if the loopback mode is enabled. If loopback=1, uart rx data is wired to uart tx and sent back.

Waveform is as expected. On uart_local side, uart tx sends 0x5a to uart remote and then receives 0x5a from uart remote. 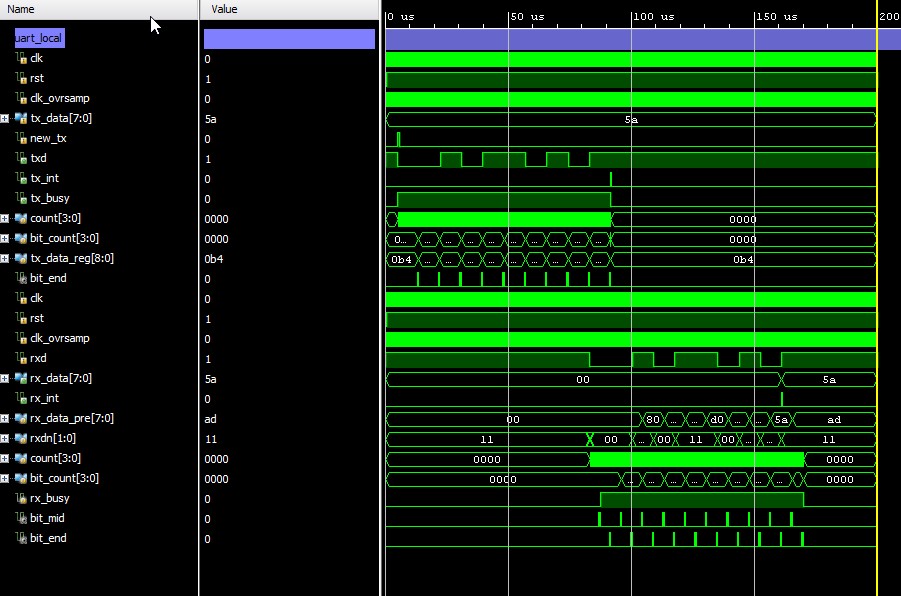 On uart remote side, it receives 0x5a from uart local and immediately loop back. 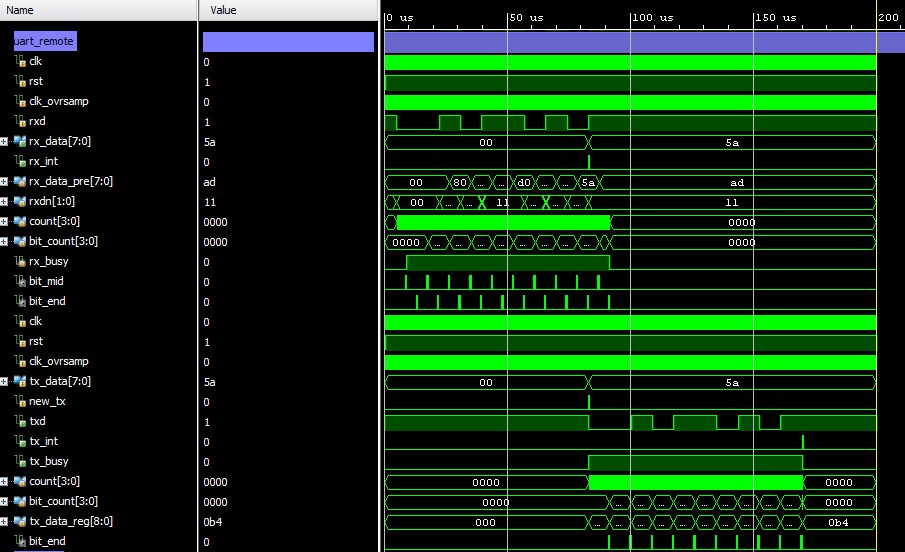 Here is zip file for all the codes: