OWE (Overall Wafer Effectiveness) and MFU (Mask Field Utilization) are two closely related terms and both are about how ASIC can be effectively and efficiently manufactured at foundry. This post tries to describe what they are and it is based on a the patent of Method for enhancing wafer exposure effectiveness and efficiency. 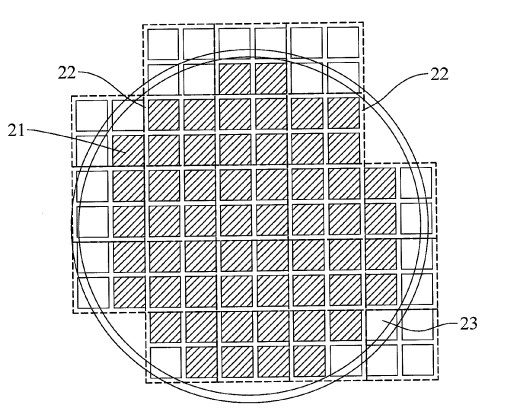 In the wafer fabrication, a wafer is exposed to a multiple-step photolithography (exposure) process, each of the steps with one mask. One of the mask defines one layer on which the electronic device is fabricated. A stepper (or a scanner) is the equipment used to perform the photolithography process. The stepper steps from one location to another on the wafer until the entire wafer is exposed by projecting light through the mask. Each movement (step) of the stepper
is called “one exposure shot’.

In above figure, on the wafer, each die 21 on the wafer is defined and separated by scribe lines 22. By breaking or cutting on the scribe lines 22, the dies (chips) can be separated from the wafer 2. The figure also shows multiple incomplete exposure dies 23 along the wafer border and they are not exposed completely and cannot function well.

OWE can be represented as: 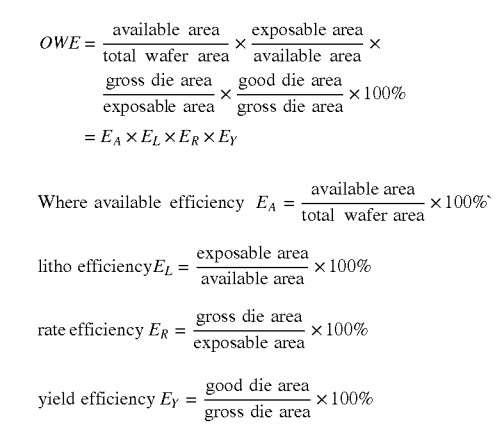 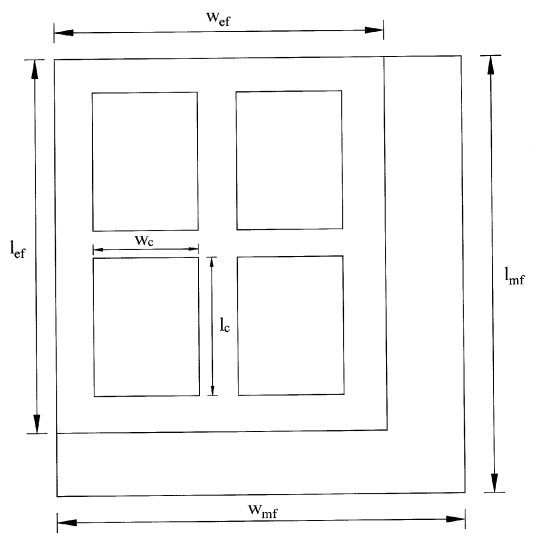 MFU can be represented as:

The scanner is a machine that creates die images on wafers. It starts by shining a light through a reticle (sometimes referred to as a mask) onto the wafer – which has been coated with a protective photoresist – to imprint an image of the reticle pattern. The light that hits the wafer causes some of the photoresist to be removed, so that when the wafer is given a chemical bath, the silicon that no longer has the photoresist coating gets etched away to create the circuit layer. Then, after cleaning the wafer and recoating it with another photoresist, the scanner creates the rest of the circuit layers by repeating this process, one mask layer at a time, which is referred to as photolithography.

The scanner’s effectiveness is determined primarily by the time duration before the actual scan of the die image (which is referred to as the pre-scan) and after the scan is complete (the over-scan). Hence, a reticle that has a larger percentage of its area occupied by the die image – that is, a reticle layout with a high MFU – translates to less pre-scan and over-scan times at each shot because it requires fewer overall shots to step the die image across the entire wafer

The relationship of OWE and MFU can be shown as: 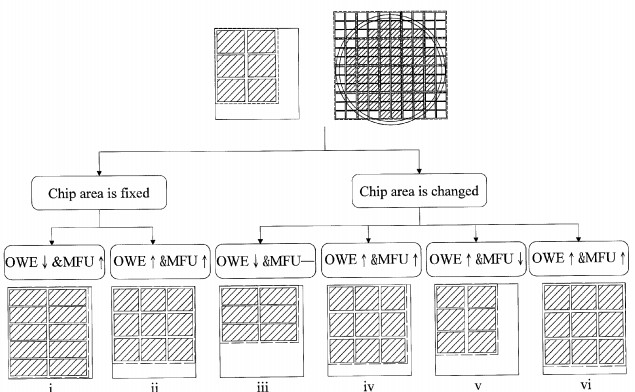