Armv8.5-A incorporates a new feature called Memory Tagging. When Memory Tagging is in use, a tag is assigned to each memory allocation. All accesses to memory must be made via a pointer with the correct tag. Use of an incorrect tag is noted and the operating system can choose to report it to the user immediately, or to note the process in which it occurred, for later investigation.

What is memory tagging and which issue(s) does it tend to resolve? Here is a Youtube video presented by Kostya Serebryany from Google.

Below is just a recapture of this video for a quick reference. Check above video for details.

Memory access issues such as out of range access and access to freed memory are common software bugs which also raise security concern that hackers can exploit these loopholes to tap into system.

There is an existing solution called Address Sanitizer (ASAN) to resolve these issues. During compiling, one byte metadata is allocated to every 8 bytes real data. Metadata shows real data is valid or not. Software accesses both real data and metadata. If metadata shows data is not valid, real data should be discarded.

If a data is freed, system should try to mark freed space as invalid in metadata and hold freed space from use for as long as possible. So access of freed space issue can be detected. But obviously this solution is not optimal. 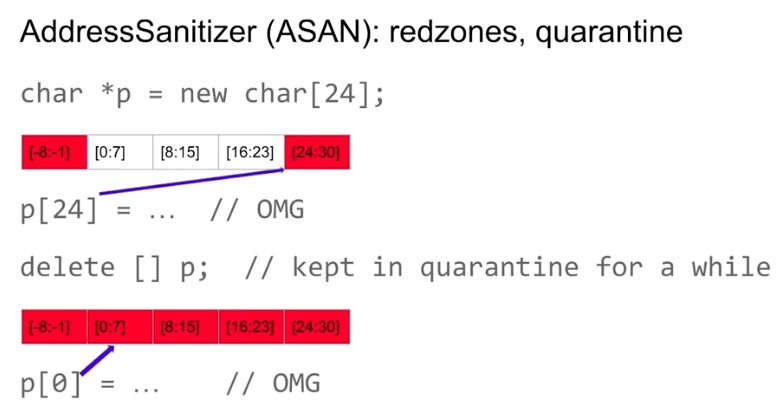 As mentioned, ASAN introduces overhead and does not solve the issues well.

Memory tagging (MT) comes into rescue. For example, we can assign a 4bit tag for every 16 bytesof real data. Software uses pointer to access memory. Pointer itself also has a tag.

Memory tag and point tag are allocated by memory allocation function such as malloc(). Memory tag is freed when memory is freed. When software uses pointer to access memory, hardware will check if pointer tag matches memory tag. If not, data is discarded. 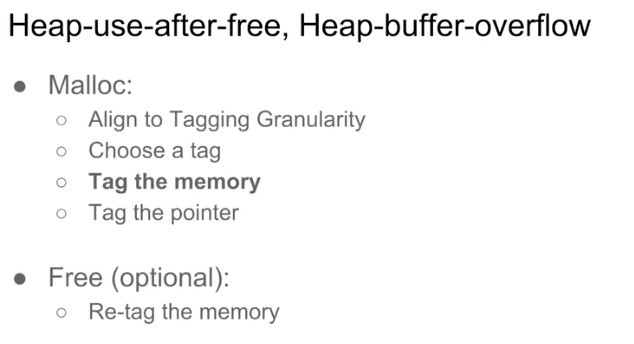 This example shows array P has 20 bytes. But since memory tagging granularity is 16 bytes, 32 bytes are assigned to P. These 32 bytes are assigned with a tag indicated by green color background. Notice other data has background of yellow, orange, and blue which means they have different tag. “//0xa000_7fff_ffff_1240” is the pointer value of P. It is a 64bit pointer. Notice its upper nibble “a” has green color. This means this upper nibble is used as pointer tag and green color indicates it has the same tag as array P. But can we re-purpose part of pointer as tag? Indeed we can, thanks to an arm AArch64 feature called top-byte-ignore. This is why Memory tagging is only available to ARM’s 64bit architecture. 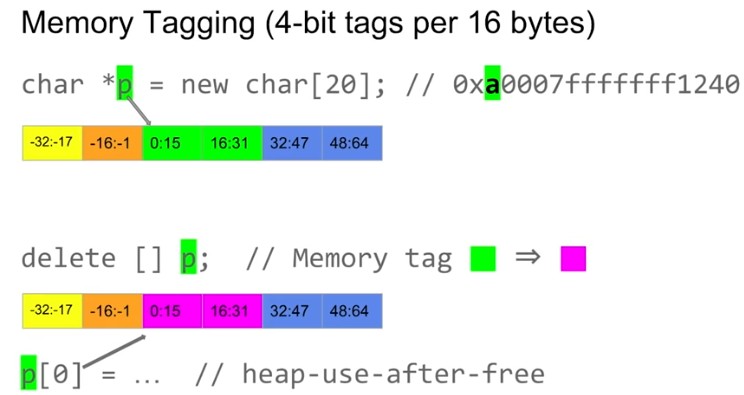 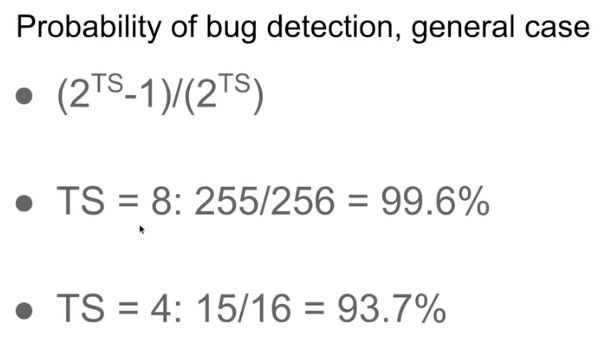 It is important to note if out-of-range access happens to within granularity, issue can not be detected since the whole granularity shares one tag.

There are several ways for system to dynamically assign tag. Most common way is to assign tag randomly. 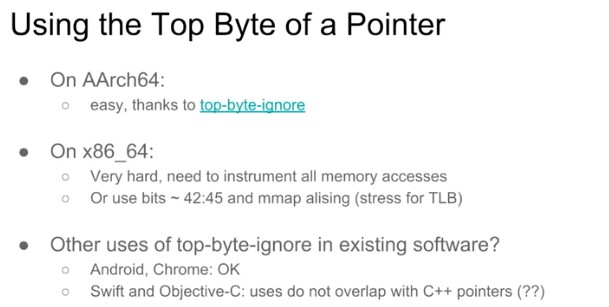 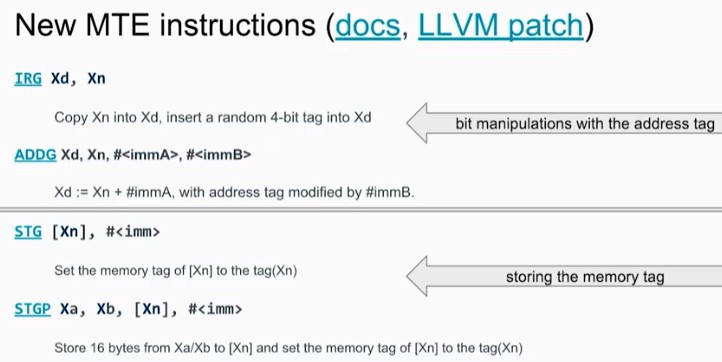