The following diagrams are from Synopsys DFT Compiler User Guide.

The core level DFT test is to allow functional core to be tested separately from other functional logics. Therefore we can test multiple cores in parallel and we can divide and conquer DFT issues such as coverage per core. It also eases IP design since IP core design team can make that IP core also a DFT core and deliver patterns with the core. 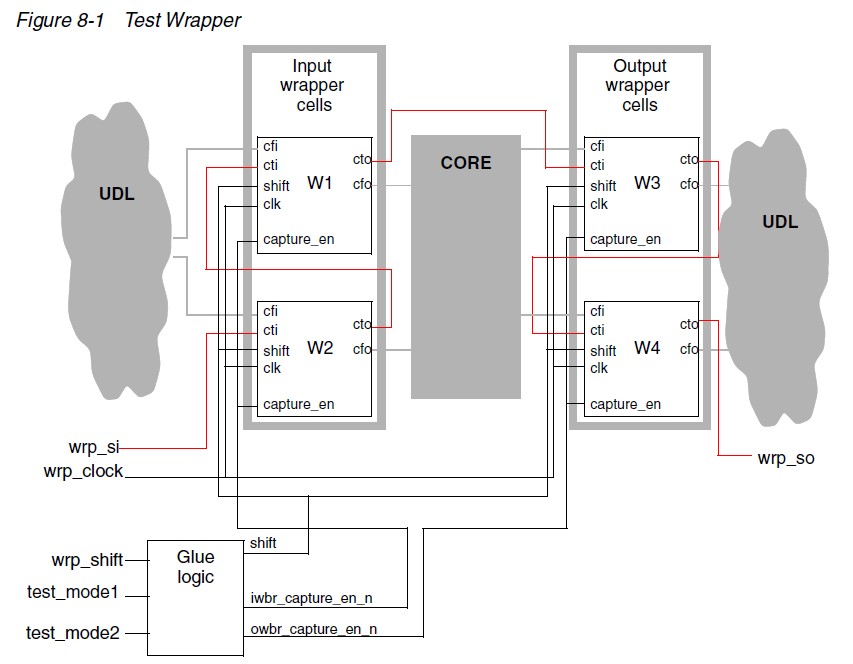 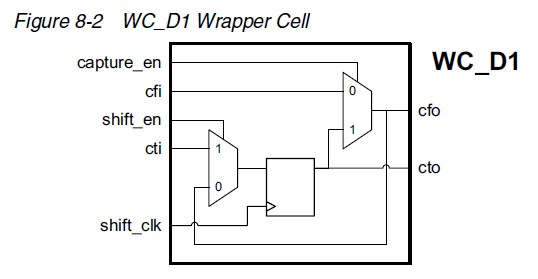 One shortcoming of WC_D1 cell is the controlled output of the wrapper cell can toggle as data is shifted through the wrapper chain. This may trigger false operation on outside logic. To avoid this, we can use the following WC_D1_S cell. It adds a mux with two pins, safe_control and safe_value, to WC_D1 cell.