ARM provides two ways to specify how code/data is allocated. One is through armlink command line and the other is through scatter load file which armlink calls. The latter is normally used due to obvious reason.  Interested readers can refer to “armlink user guide” for details of both ways. But below example, extracted from this user guide, may be enough to show how scatter load file basically works.

We have two pieces of code, program1 and program2. Program1 can be treated as main() and program2 as a function called by program1. If scatter load file is written as, 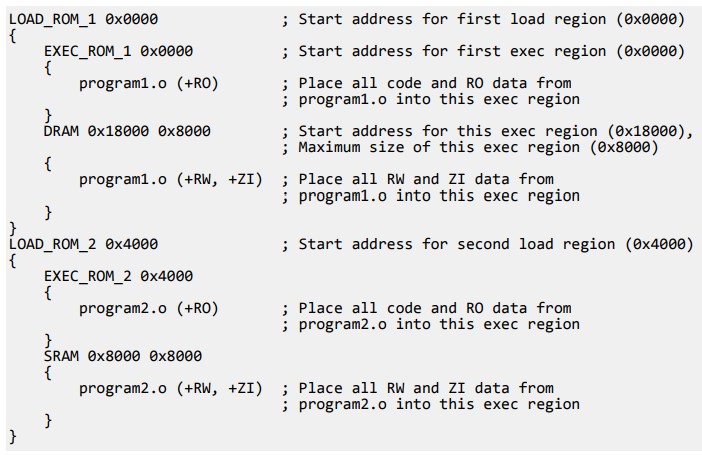 RO is read-only and normally is code. RW is read-write and ZI is zero initialized. Both refers to data variables. This example keeps code of both program1 and program2 in ROM and then “move” data of both RW and ZI into RAM. RAM is needed since data needs to be written and read. 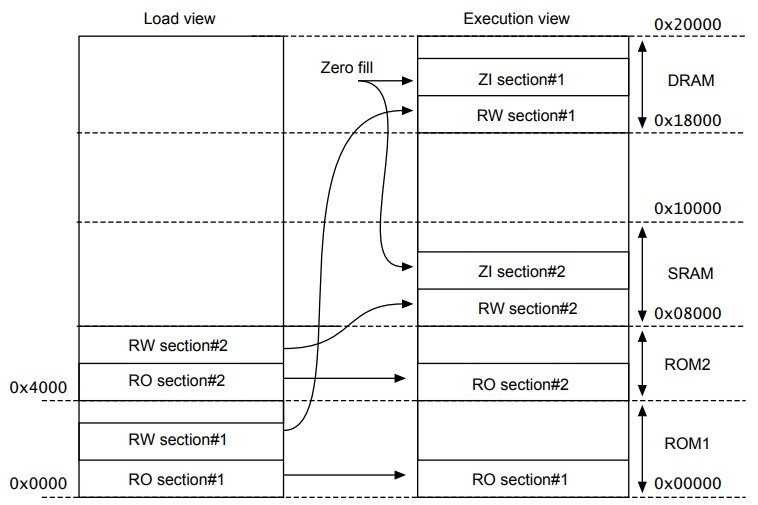 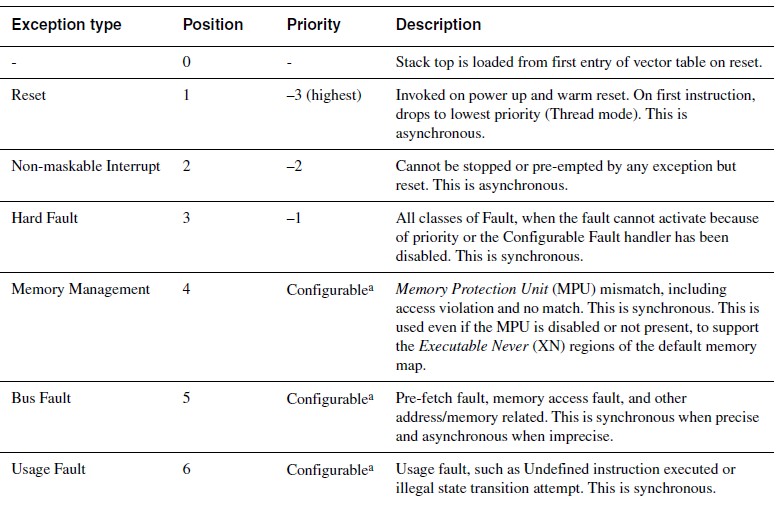 So we can not allocate user program starting at 0x0 and it will mess up exception vector table.