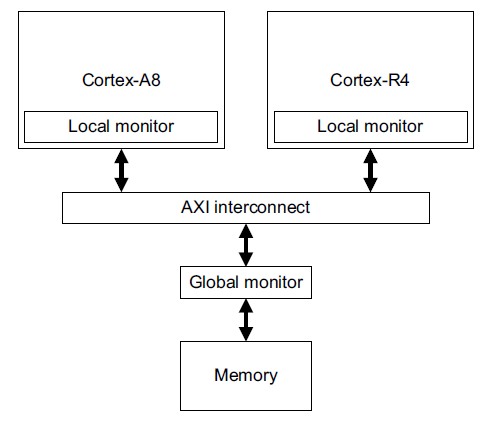 But this doc stops here without giving much details about how local and global monitors are implemented. After further research, I finally find more details in another doc called “ARMv7-M Architecture Reference Manual”. This one is not public and you need to get an ARM account to download it. 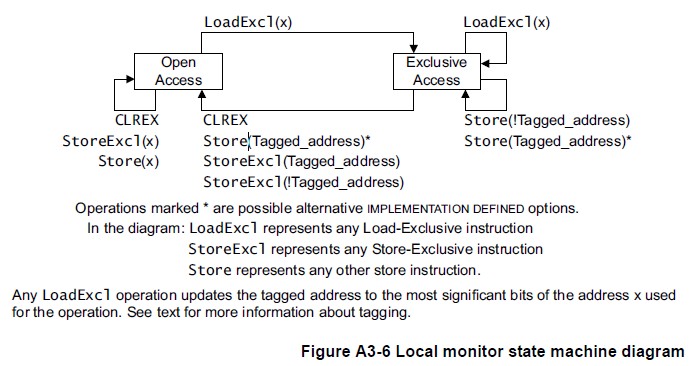 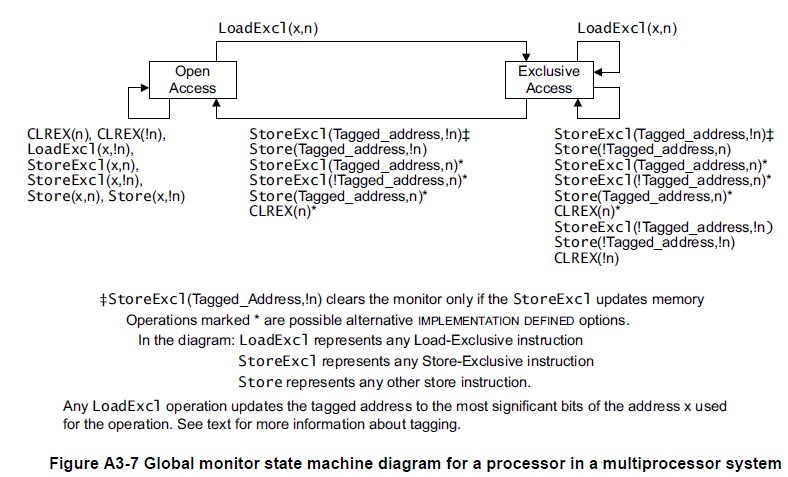 They are similar to each other. The basic idea is straightforward. In local monitor case, if one process requests and wins exclusive access to a memory address using exclusive load (LoadExcl),  local monitor state machine transitions from open access to exclusive access, that address or to be more accurate address space is tagged, and other processes can load but can’t store to that space anymore. The holding process uses exclusive store (StoreExcl) to release the exclusive access.

Note when a LDREX instruction is executed, the resulting tag address ignores the least significant bits of the memory address:
Tagged_address == Memory_address[31:a]
The value of a in this assignment is IMPLEMENTATION DEFINED, between a minimum value of 2 and a maximum value of 11. For example, in an implementation where a = 4, a successful LDREX of address 0x000341B4 gives a tag value of bits[31:4] of the address, giving 0x000341B. This means that the four words of memory from 0x000341B0 to 0x000341BF are tagged for exclusive access. Subsequently, a valid STREX to any address in this block will remove the tag.

But what bothers me is there are lots of transitions are specified as “implementation defined”. ARM’s Cortex-M document says local monitor is implemented inside cortex-m. But i don’t find it when tracing inside cortex-m core rtl. Cortex-m doc says below two ports are used to connect to exclusive monitor which I assume is global monitor. I do find these two ports and don’t see a reference global monitor design in ARM’s SDK.

(See below U1 for update) 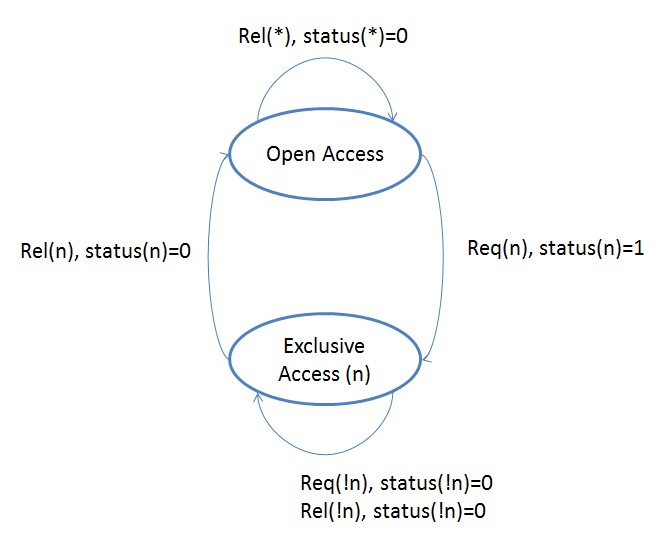 Let’s use one signal, req, to indicate both semaphore request (req=1) and release (req=0). Another signal, status, indicates if semaphore is successfully acquired (status=1) or not (status=0). Timing diagram is like below. 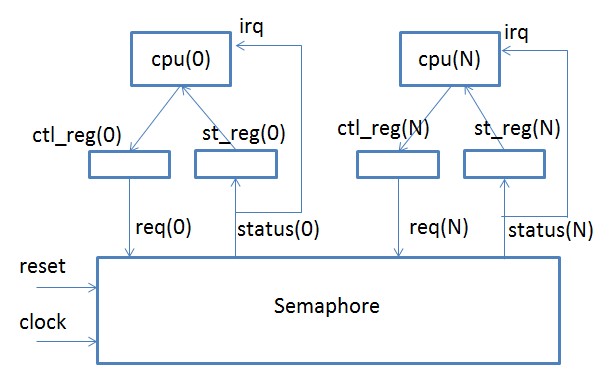