The processors most commonly found in the current generation of big.LITTLE systems are the ARM Cortex A53 (A53) and the ARM Cortex A57 (A57). Both are 64-bit processors that share the same microarchitecture. However, they differ greatly in complexity, performance, and power consumption.

A typical big.little system is shown in below with “cache coherent interconnect”, CCI, employed to connect two processor clusters. There are two processor clusters. One for CA53 and one for CA57. Each cluster has four processor cores.  L1 Cache, Level One cache, is inside each processor core. L2 cache, Level Two cache, is per cluster. So four cores in one cluster share a L2 cache. Cache coherence requirement is achieved by extending the existing Advanced Extensible Interface (AXI) – the common bus interface in ARM devices – with three more channels (address, data and response) called the AXI Coherency Extension (ACE). This key component is the so called Cache Coherency Interconnect (CCI). It is a separate co-processor on the die which administers all the communication as well as establishes and maintains cache coherency between the processors. 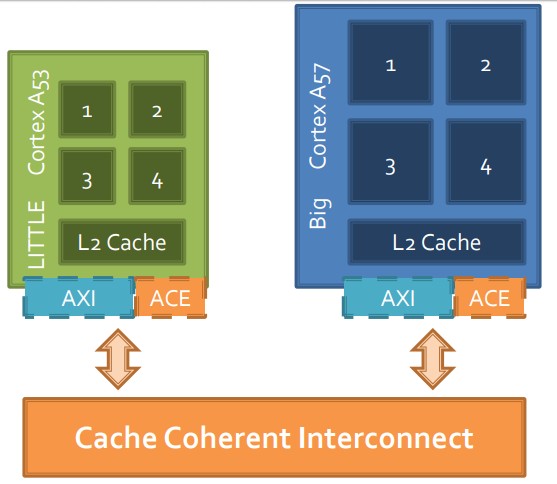 Here is a bigger picture of SoC architecture. “Bus” in below is normally an AXI-based NIC bus interconnect. Big.Little processors can access main memory through this “bus” and “memory controller”. 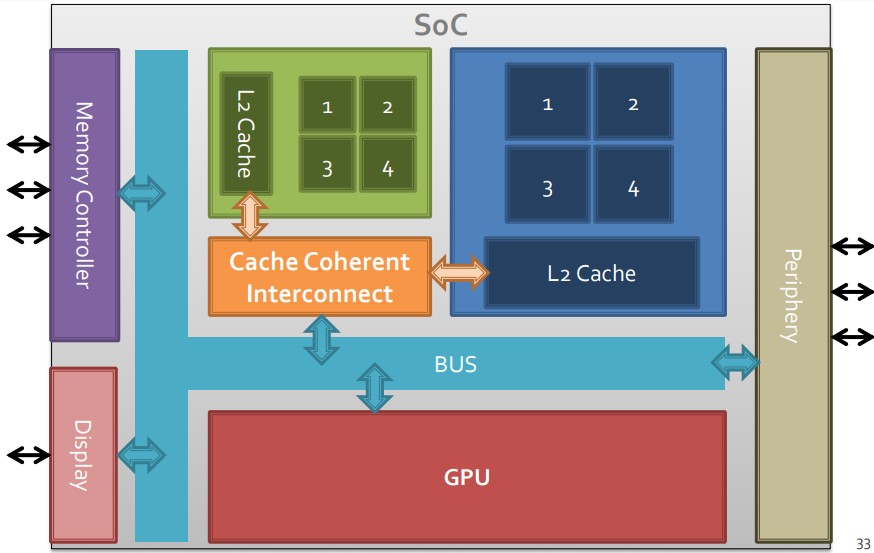 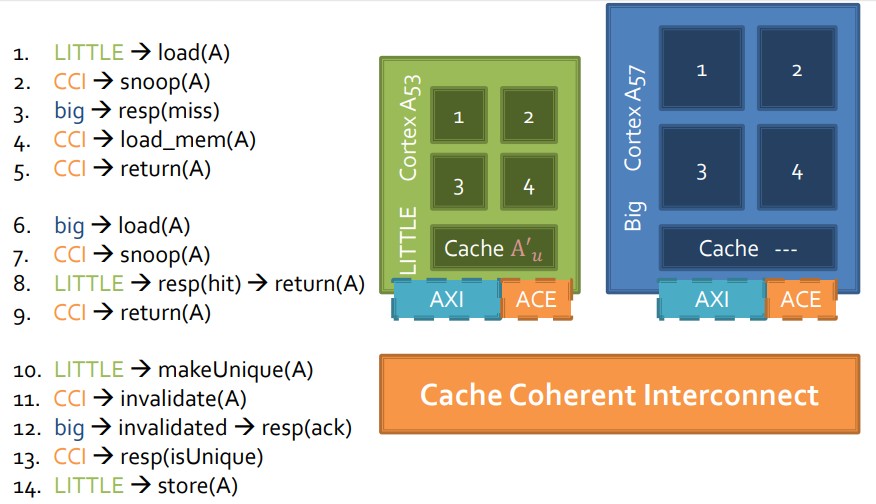 As can be seen, memory access bandwidth can vary quite a bit based on cache hit or miss. At design phase how do we estimate the access throughput in different situations and thus to decide clock rates of processor, SCU/bus, CCI, AXI, etc.  We can use below spreadsheet to do some simple estimation. Here we use the first generation CA7/CA15 Big.Little system as an example. 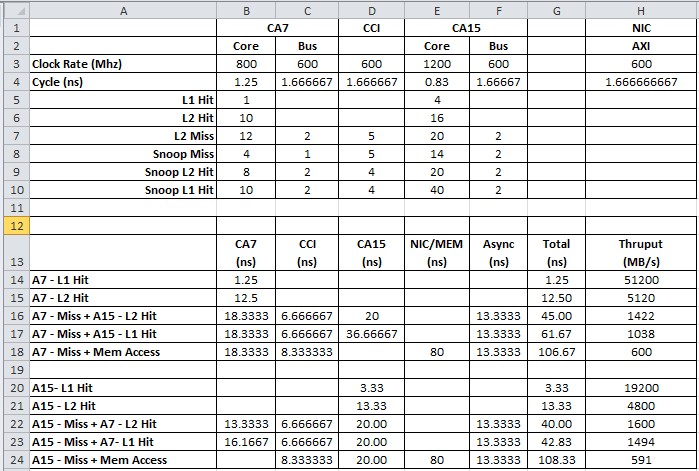 Next we will explain how above table works. But first, here is the big.little slides where above pictures come from.