An Intrinsically Secure Processor and A Software Based Security Approach

An Intrinsically Secure Processor and A Software Based Security Approach

Security is becoming a must-have feature for modern embedded and IoT systems. Many approaches are proposed and implemented to combat with various attacks. For example, Trustzone was proposed by ARM to its CPU architecture to provide resource access control and memory isolation for sensitive data protection. In this short article I just shortly review two approaches to implement a security system.

First approach is to implement a secure processor. Here is youtube video.

It starts with processor vulnerabilities which can be exploited by attackers. 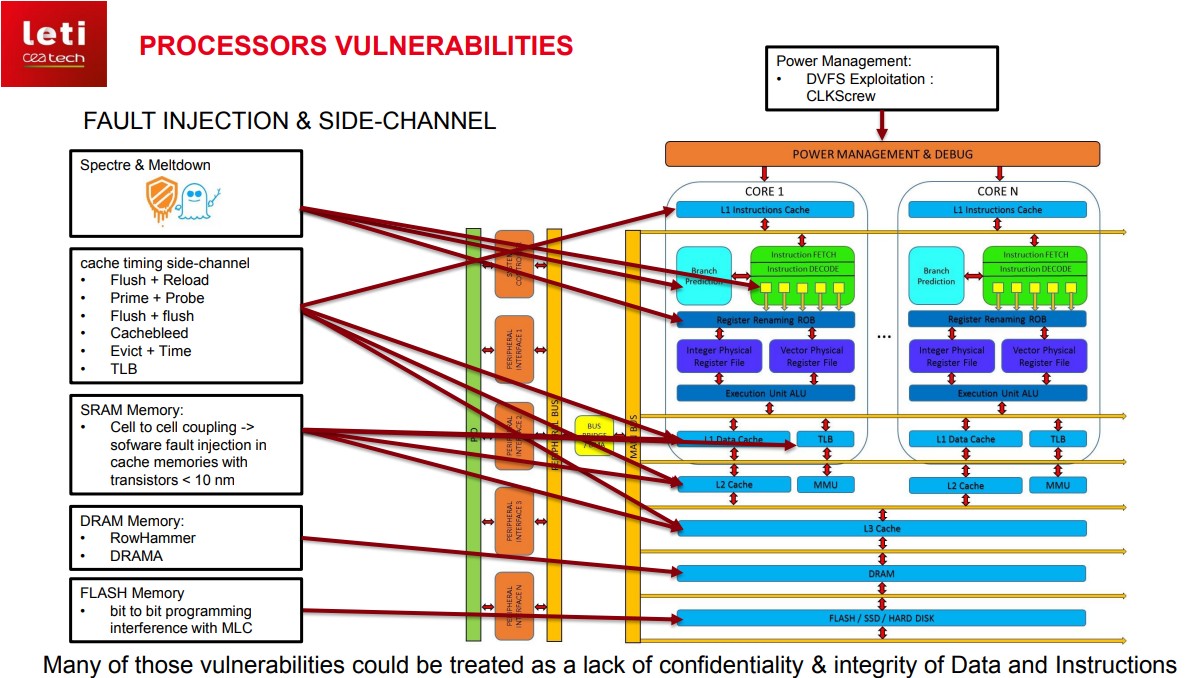 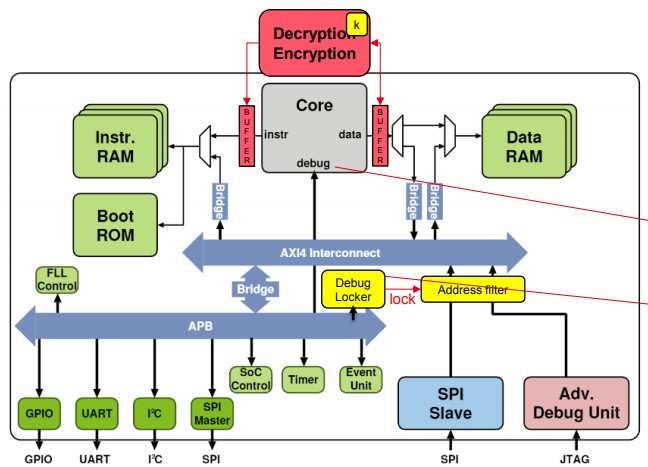 4 bytes of data or instruction are encryted and authenticated as a bundle. This is to improve efficiency and throughput. This approach comes with power penalty due to cryptography calculations, memory size penalty due to MAC and meta data, and throughput or processor speed penalty. 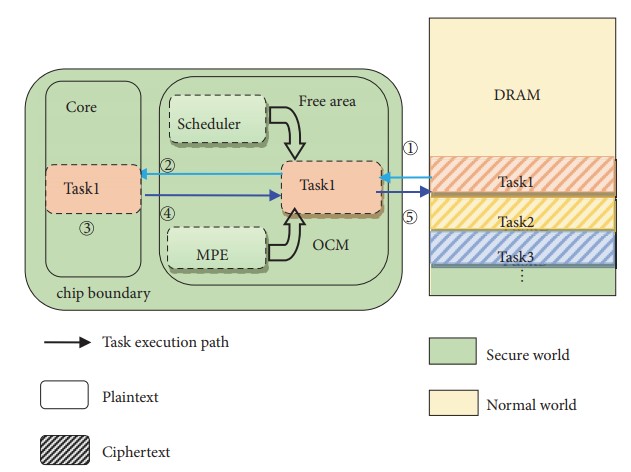 This approach only protects off-chip memory. On-chip space, including memory and registers, are assumed to be safe. This can be a valid assumption for certain systems but likely not true for others. An embedded SoC likely has other ports such as PCIe, USB, JTAG, UART, etc. to talk to outside worlds which allows attackers to inject malicious code to or sniff existing content from on-chip memory.